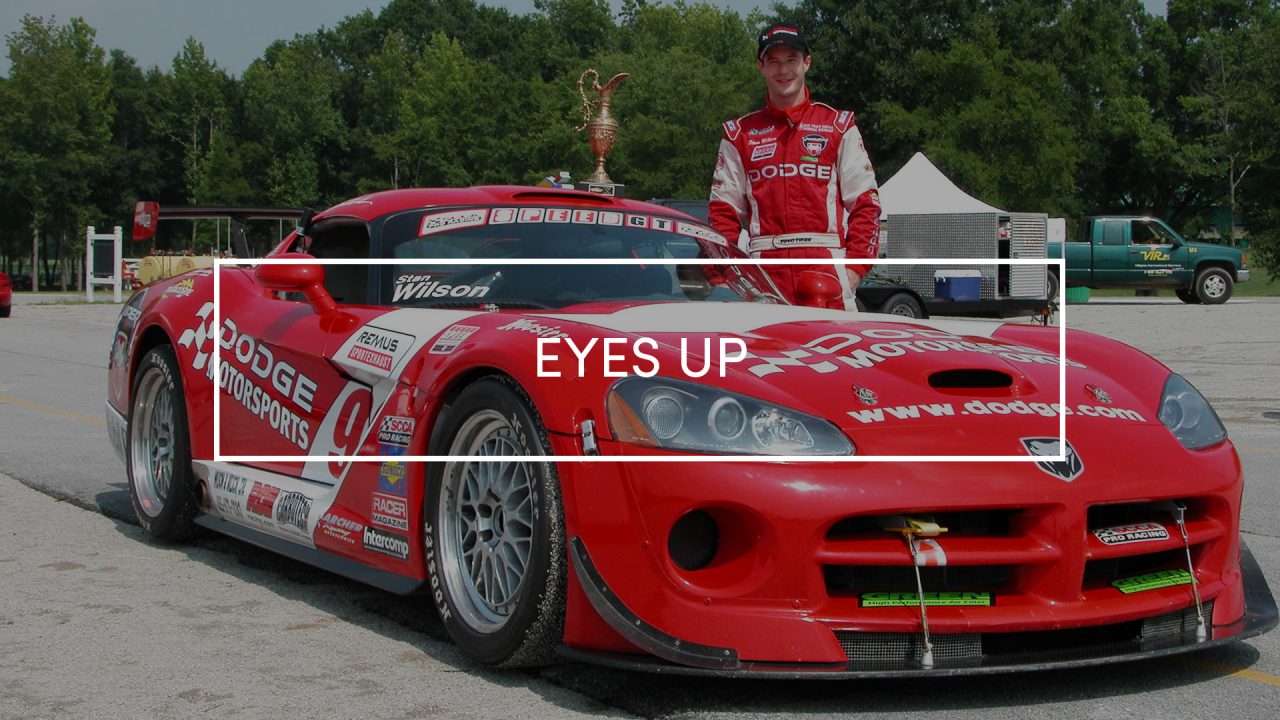 Most of us have seen a car or truck on the road that cannot seem to stay in the lane of travel. Slowly the vehicle behind or in front of us drifts toward the centerline and then a quick jolt of the steering wheel sends it back towards the right side of the road. A few seconds later, the vehicle is almost running off the right side of the road. The twitching of the steering wheel happens again. It is as if the car is hitting some invisible bumpers or guardrails. The motion is never smooth. The vehicle seems to bounce back and forth from the two extremes. At the next traffic light, we glance over and see that the driver is distracted by a phone or something taking their focus off the immediate task of operating the vehicle. They have been reacting to their lack of attention and distance vision.

Distractions come in many forms. When our entire being is focused on a task like driving, the results are much more predictable. Driving and racing on four wheels since the age of 6 has allowed me to learn much in vehicle dynamics, vision and anticipation of incidents. Driving so close to another vehicle, the side mirrors of our cars overlap while negotiating a temporary street circuit constructed of concrete walls without hitting each other or the walls is intense. Equally intense is driving at speeds of 180 miles per hour separated by mere inches. My muscle memory and subconscious response to situations while driving has served me well over the years. The honing of these reactions, as well as the purposeful approach to driving, came with much practice, learning and a few dents. The element leading to the greatest success and tying all the other data together is vision.

After many years of sports car racing, people ask me for instruction and coaching. They are often good drivers with varying levels of experience. The two items that always come into focus are encouraging them to look further ahead and to be smoother. When a driver operates a vehicle with their eyes focused on what is immediately in front of them, it is described as “driving off the hood of the car.” Reactionary driving leads to many mistakes. Once a driver sees an object, they have little time to respond. Often the object becomes a fixation, and instead of missing the pothole, road debris or another vehicle, they hit it.

The remedy of these situations consists of being wholly devoted to the task of driving and keeping their eyes up. Even a complete devotion to learning driving theory and becoming a student of the sport cannot replace the benefit of looking further out ahead of the car. By looking further ahead, hitting the marks on a lap of a closed-circuit smooths out and results in the ability to carry more speed through the corners. If driving a vehicle is not relatable, how about “keeping your eyes on the ball?” It does not matter the sport; vision is the single most significant variable in the equation of success.

The Apostle Paul lived before the time of automobiles. However, he was acquainted with racing. Paul states in 1 Corinthians 9 that he does not run the race aimlessly. He keeps his focus and intensity on the task set before him. Paul goes on to say that a distraction-free effort leads to success. Paul states that those who run in the stadium all run, but only one receives the prize. He encourages Christians to run in such a way that we may win. In Philippians, Paul describes the way to finish the race as “forgetting the things behind and straining toward the things ahead.” Paul presses on toward the goal for the prize of the upward call of God in Christ Jesus. Both for Paul and us, the only way to proceed is by fixing our eyes on Jesus. Let us learn all we can about Jesus. May we study and prayerfully read Scripture immersing ourselves in the knowledge of God and His Kingdom, leading to muscle memory and subconscious response in situations we are led into by the Holy Spirit. May we be ambassadors of Jesus in all we undertake and with all we encounter on the road of Christian formation. By looking ahead at God’s human future in Jesus, we bring Him to those we meet in our race of life. Jesus is up above at the right hand of the Father – keep your eyes up!

May the Lord continue to bless you as a gift evidencing God’s future for the world in the present.